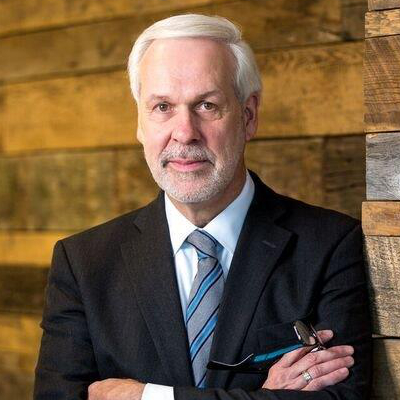 Creating a Shape Shifting Organization for a VUCA World, Future Proofing the University

From 2012 through 2017, Southern New Hampshire University was the fastest growing university in the United States.  It recently passed the 100,000 student milestone and has announced an ambitious new program to educate 50,000 refugees per year by 2025.  It used a deeply decentralized model of organization designed to go fast and grow as it did.  Now it is dismantling that organizational approach to create a more “interdependent” and “shape shifting” organization designed to respond quickly and agilely to our VUCA (Volatile-Uncertain-Complex-Ambiguous) world, a model neither decentralized nor the hierarchal and territorial structure of most of higher education.  The five year transition – in which SNHU is in year three – will give SNHU a singular competitive advantage.

Dr. Paul J. LeBlanc is President of Southern New Hampshire University (SNHU).  Under the 13 years of Paul’s direction, SNHU has more grown from 2800 students to nearly 100,000 and is one of the largest non-profit providers of online higher education in the country, and the first to have a full competency-based degree program untethered to the credit hour or classes approved by a regional accreditor and the US Department of Education.

In 2012 the university was #12 on Fast Company magazine’s “World’s Fifty Most Innovative Companies” list and was the only university included.  Paul won a New England Higher Education Excellence Award in 2012, the 2015 NH Entrepreneur of the Year Award, and has repeatedly been named one of “New Hampshire’s Most Influential People” by New Hampshire Business Review.  Forbes Magazine has listed him as one of its 15 “Classroom Revolutionaries” and one of the “most influential people in higher education” for 2016.  He was featured on Bloomberg TV’s “Innovators” series, Fast Company included him in its “1000 Most Creative People” List, and Washington Monthly named him one of America’s ten most innovative university presidents.

Among the innovations created with Paul’s leadership include:

He served as Senior Policy Advisor to Under Secretary Ted Mitchell at the US Department of Education, working on competency-based education, new accreditation pathways, and innovation.  He also serves on the National Advisory Committee on Institutional Quality and Integrity (NACIQI) and on the National Academies of Sciences, Engineering and Medicine’s Board on Higher Education and Workforce (and served on its Committee on Quality in Undergraduate Education).  He also serves on the ACE Board and chairs the AGB Council of Presidents.

Paul immigrated to the United States as a child, was the first person in his extended family to attend college, and is a graduate of Framingham State University (BA), Boston College (MA), and the University of Massachusetts (PhD).  From 1993 to 1996 he directed a technology start up for Houghton Mifflin Publishing Company, was President of Marlboro College (VT) from 1996 to 2003, and became President of SNHU in 2003.  His wife Patricia is an attorney and their daughters Emma and Hannah are doctoral students. Annie, their black Labrador Retriever, studies sleeping on the couch and ways to steal food from the counter tops.