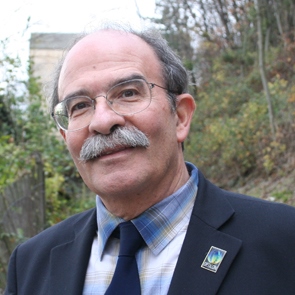 His major scientific interests in Astronomy focus on neutron stars, neutral hydrogen in nearby galaxies, the galactic centre, flare stars, the Sun, the Moon and Archaeoastronomy. He has written 3 course books and has published more than 100 articles in refereed (mainly) and other scientific journals, volumes or conference proceedings. He has also written popular astronomy books and published several tens of articles in newspapers or popular magazines.

He is the Director of the Laboratory of Astronomy of the Aristotle University,

In December 2005, the highest EU prize Descartes was awarded to the neutron stars research network, PULSE, in which he is a founding member.

Finally, he has served as Member, Chairman or Director in several national or international scientific Committees or Organizations, including the Greek National Committee for Astronomy and the Hellenic Astronomical Society.