2014 candidates to the EUNIS Board of Directors

Elections to the EUNIS Board of Directors will be held at the General Assembly during the EUNIS 2014 Congress  (11-13 June 2014, University of Umeå, Sweden).

The 2014 candidates to the Board of Directors are: 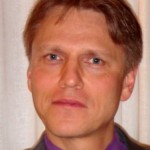 Pekka Kähkipuro is the Director of IT at Aalto University since March 2010. He is heading the centralized IT organization and he is responsible for the overall development of ICT services in Aalto. He is a board member in EUNIS since 2011, and the chairman of the Finnish FUCIO network of university CIOs since 2013.Before joining Aalto University, Pekka was working for Nokia Siemens Networks in various development and managerial positions. Prior to that, he has held a broad range of roles in the ICT industry. Pekka also worked as a researcher at the University of Helsinki in 1995–1999 and obtained his Ph.D. in computer science in 2000. His research interests included middleware technologies such as the Common Object Request Broker Architecture (CORBA), telecommunications, distributed systems, component technologies and performance analysis. He headed the CORBA-FORTE research project in 1998–1999 and also participated actively in the work of the US based Object Management Group (OMG) as a co-editor for the Benchmarking Group in 1997–1999.“If re-elected as a EUNIS board member, I will continue my work in activating and extending EUNIS especially through our task forces, both existing and new. During the last three years, I have actively participated in a number EUNIS undertakings. The last major effort took place a few months ago, when the University of Helsinki and Aalto University successfully organized the EUNIS 2014 Rectors’ conference. I believe EUNIS has a great potential in the future European Higher Education landscape. To fill this role, we need to increase our visibility through different channels and activities, build networks with different stakeholders and make our own operations as transparent and open as possible.” 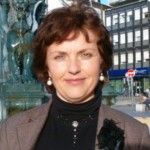 Lígia Maria Ribeiro is pro-rector at the University of Porto since 2009, being responsible for ICT. She is Principal Researcher at the Faculty of Engineering and a member of the Executive Board of the Center for Cybersecurity and Privacy of the same University. She also carries out research in the Center of Studies of Architecture and Urbanism of the Faculty of Architecture of the University of Porto.  She is ACM member since December 1997 and since 2009 she is a member of the Leadership Board for CIO’s, formed by The Chronicle of Higher Education and Dr. Michael Zastrocky.Lígia Maria Ribeiro was President of EUNIS between 2004 and 2006, after being vice-president for two years. She was a member of the Technical Committee of TERENA, between 2009 and 2011. She was the chairperson of the organizing committee of EUNIS 2002 congress, that took place in Porto, and the chairperson of the programme committee of EUNIS 2012 Rectors  conference, held in Prague. She is presently member of the EUNIS Board of Directors. She developed the liaison between EUNIS and TERENA and is currently supporting the liaison between EUNIS and euroCRIS. Lígia Maria Ribeiro received her degree in Applied Mathematics in 1977 at the University of Porto and holds a PhD in Engineering Science from the University of Minho. She lectured at the Faculty of Sciences of the University of Porto between 1978 and 1988, being Assistant Professor within the group of Applied Mathematics. In 1988 she started to work at the Faculty of Engineering of the same University as a researcher giving also MSc lectures and supervising several dissertations and thesis. She was director of the Computer Centre of this Faculty between 1997 and 2002. In 2003 she was nominated vice-president of the Institute for Common Resources and Initiatives of the University of Porto where she worked until 2009, being responsible for computing, networking, information management and e-learning. In 1995/96 she was co-responsible for the development of the Information System of the Faculty of Engineering of the University of Porto. This system received the Descartes national award in 1998 and the EUNIS elite award in 2000. As vice-president of the Institute for Common Resources and Initiatives of the University of Porto she succeeded in implementing this system in all the faculties of the University. Presently she is the general coordinator of this information system, known by its acronym SIGARRA. Lígia Maria Ribeiro is author of several journal and conference papers and has been the responsible researcher at U.Porto for several funded projects, both national and international. Her main research areas of interest are Computer Simulation, Distributed Computing, Information Systems, Digital Media Technologies and Learning Spaces. She was the main initiator of the e-learning café project of U.Porto, the EUNIS Dørup E-learning Award winner in 2013.

Ramon Grau Sala, General Manager at SIGMA Gestión Universitaria (Spain) since 2008. He has an extensive experience working in Information and Communication Technology sector. Ramon held executive position as a Secretary of Board Directors of EUNIS in 20011-2013. He is also a Board Member and a lecturer in Institute of Environmental Science and Technology of Universitat Autònoma of Barcelona (UAB).

On the professional side, Ramon also carried out different activities in several multinational companies like Atos, Philips, Unilever and IBM with different charges. He has obtained an Engineer’s Degree in Computer Science and a Bachelor of Business Administration in London School of Economics and Political Science. Later, he got a M.B.A. in the IESE Business School and a Master of Computer Applications in the UAB. Ramon has been involved in several projects related with his interests which are Information Technology, education, cross-cultural issues in Higher Education and e-learning.

If elected, I will do my utmost to make sure that the EUNIS continues to add significant value to its members. I would work towards making sure the EUNIS recognises and takes into account the fact that the position of IT in higher education has and continues to evolve. Information technology systems will continue to be central but E-learning and interoperability, is becoming much more holistic and institutionalised. I firmly believe that the annual congress, task-forces, training activities and the EUNIS’s partnerships with other organisations need to reflect these changes. As a Board Member, I will aim at promoting the EUNIS name and brand in Europe and globally so that its members are seen to be at the cutting edge of their profession.

Uwe Hübner (Director of Development and Technology, HIS, Germany): “I’m with HIS eG, which stands for HIS Hochschul-Informations-System eG. In 2014 the “old” HIS was transformed from a state owned organization to a non-profit cooperative (“eingetragene Genossenschaft” – eG), owned mainly by the interested universities (HIS eG currently has 143 owner members and growing). The cooperative has a managing committee, which consists of representatives of universities. The daily work is managed by five directors for different areas of responsibility, my area is development and technology.
As for EUNIS I would like to strengthen the exchange not only of ideas and inspiration, but also of more tangible benefits. This can be open source software for our community (a closer and better defined relationship to the Kuali consortion would be a “good thing”). We should support the exchange of arguments about IT not as a cost factor, but as an enabler for certain developments, even if they are as disruptive as the “do it yourself university” concept. In the technology field I would like to support EUNIS staying “on top” of the influential current trends (agile, social, mobile…), which is part of being attractive to the practitioners in the community.”